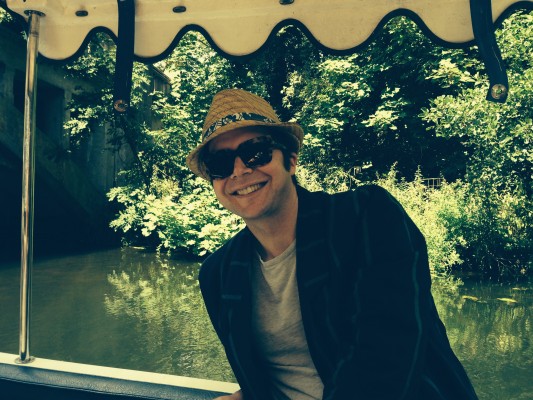 John Teall has developed a reputation as the enfant terrible of design in the UK. His reputation is based on, not only breaking boundaries in the established principles of architecture and design,but also in smashing the rulebooks of planning departments and expectations in the residential, retail and hotel industries.

Having been bought up in one of Englands most important grade 1 listed homes he has a great affinity and respect for English Heritage within his work.  However his lateral thinking and creative flair pollenates these influences in to an exciting and ever changing eclectic style that never fails to surprise and inspire his peers and public alike.

His work encompasses Residential and Commercial Design, as well as Superyachts, Event and Set Design.

Coming originally from a background in property development and the film business he trained at Chelsea College of Art. The internationally renowned institution prides itself in its unique combination of conceptual and architectural disciplines and has produced many of the worlds current leading designers.   He also went on to specialise in both furniture and lighting design.

Particularly unusual, is that he also has an additional degree in social work.    Indeed his philanthropic works in the fields of  Alzheimer’s,  drug and alcohol rehabilitation, and mental health, have been widely recognised in both the UK and abroad.

The press section encompasses a wide range of coverage from the New York Times to Architectural Digest and coverage from TV and Media appearances.